Link Translation translates game manuals, in-game text and conversations, subtitles, lyrics, packaging, marketing materials, and websites into more than 30 languages across a complete range of platforms, making sure to maintain the gaming experience and marketing message for any international release.

Link Translation also offers voice-over talent and script translations that complement your in-game text and improve the quality of your product. We work with the world’s most advanced translation platforms so that our customers can move faster and pay less for their translation services.

SOME OF OUR CLIENTS 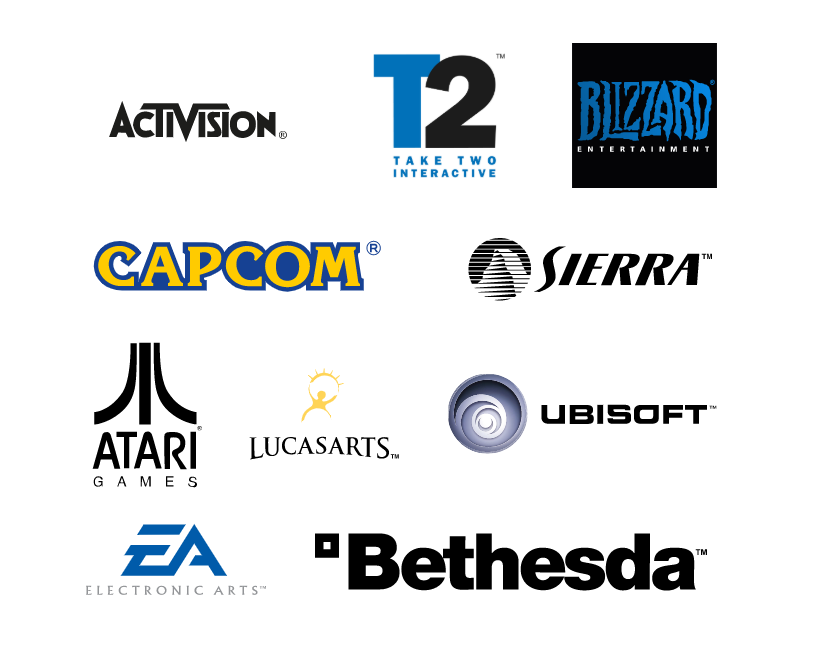 Our translators are true language professionals with a passion for gaming and pride in producing high quality localized games. To match the demand for specialized terminology Link Translation works only with translators and editors with relevant experience and proven track-records.

Simplify your translation project.
Download our Case Study for Nexon to Learn How.

1 – Box and documentation localization, in which the box and documentation or game manuals will be translated, but not the game itself. This tactic may be used if the game has little text or story, such as early arcade games, or if the target locale is expected to have a decent command of the original language; for example, for importing English-language games such as Secret of Mana or Terranigma into Scandinavian countries.

2 – Partial localization, in which game text is translated but voiceover files are not. This helps cut down on the cost of hiring actors and re-recording dialogue while still making the game comprehensible in another language.

3 – Full localization, where all of a game’s assets will be translated, including voiceover, game text, graphics and manuals. This is the most expensive option.

The post-gold model enables localizers to access a completed game rather than working with incomplete bits and pieces. It generally allows for more time to complete translations, so fewer translation errors occur with this method. This model is used commonly by Japanese AAA producers, although these companies are starting to move towards a sim-ship method for marketing reasons.

The sim-ship model, short for simultaneous shipment, allows a game to be released in multiple regions at the same time. Because games have a short shelf life and are prone to be pirated, there is a profit incentive to release games simultaneously across the globe. However, with this method, a completed version of the game is unlikely to be made available for localization workers, resulting in a greater risk for translation errors, as crucial context and game information may be missing. Most Western games follow the sim-ship method of production.

Games localized for import into Germany are often significantly adapted due to the Unterhaltungssoftware Selbstkontrolle’s (USK) strict policies against blood and gore, profanity, and symbols associated with racial hatred, such as Nazi symbolism.

For instance, the German version of Team Fortress 2 (2007) shows no blood or dismembered body parts as a result of this regulation, which can cause difficulty for players as it is hard to tell if an enemy has been hit or damaged. As a result, mods known as “bloodpatches” have been created for this and many German games to unlock the blood and gore of the original game. To take another example, despite a significant graphics overhaul, the German localization of the World War II game Wolfenstein (2009) contained a single visible swastika on an art asset. As a result, Raven Software recalled the game.

Maintaining linguistic coherence and cultural sensitivity is key to a successful international release. When our specialists localize video games, they make sure that not only the words, but also the graphics, symbols, sounds and references are culturally appropriate for the audience targeted.

Link Translation is specialized in technical translation services, tailored to your requirements and commercial objectives.